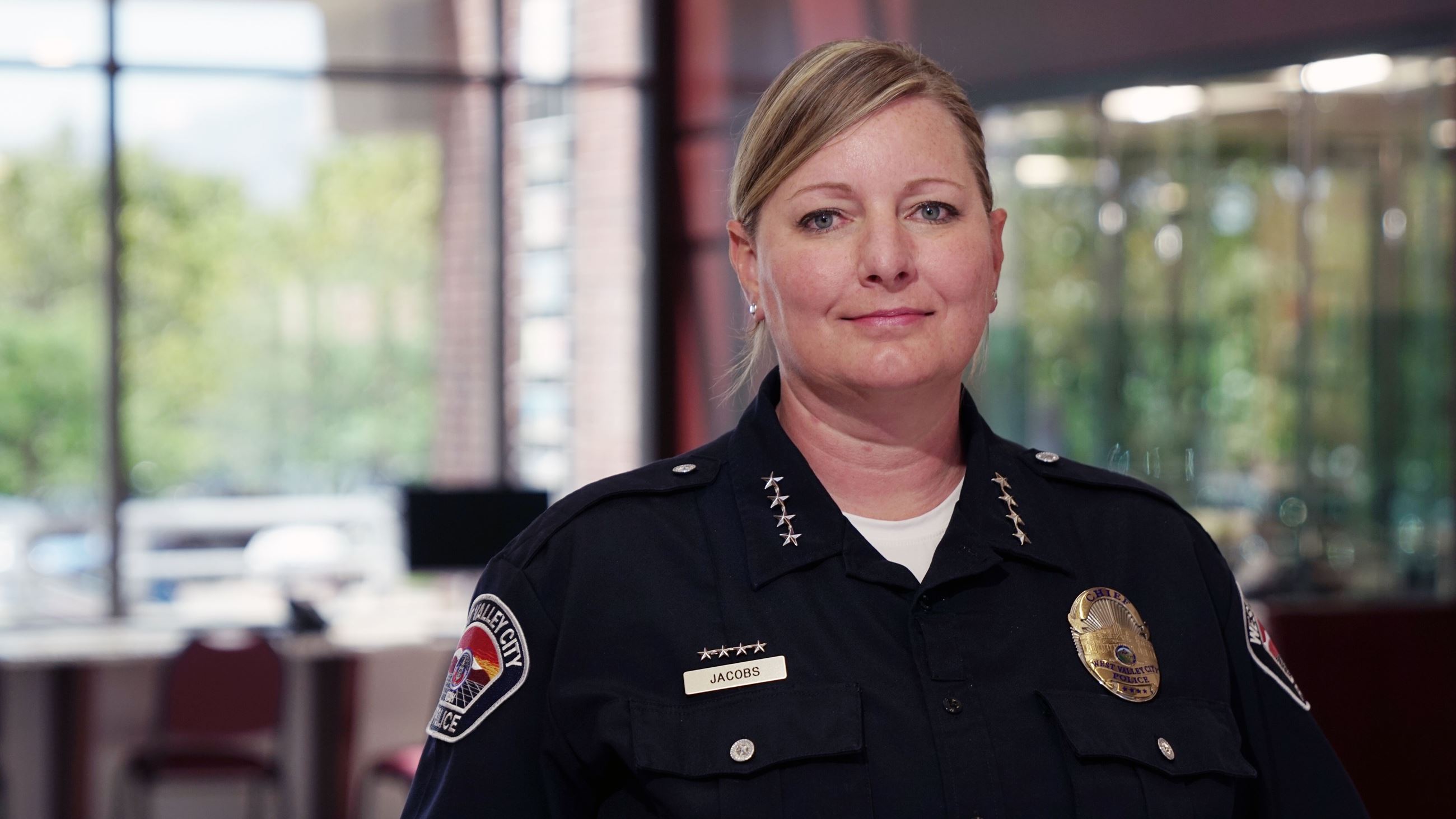 Police Chief Colleen Jacobs
Chief Colleen Jacobs was selected by the West Valley City Manager to lead the city's Police Department in September 2017. Chief Jacobs is a Utah native. She graduated from Tooele High School and earned her Bachelor of Science from Weber State University, earning a degree in Criminal Justice with a Law Enforcement emphasis and a minor in Family Studies. Chief Jacobs has been in law enforcement for 21 years, having worked for the West Valley City Police Department her entire career. During her career she has served in patrol, investigations, narcotics, administration, grants, and Internal Affairs. In 2012 she had the opportunity to attend the FBI National Academy, session 249.

Compliments?
Complaints? Concerns?
Contact the Police Department
Employment
Opportunities
Become a Police Officer
INSIDE THE DEPARTMENT
A Look Inside WVCPD
[]